Perry Anderson on Kemalism and Turkey 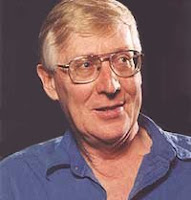 Previously, the renowned British historian Perry Anderson in the London Review of Books wrote a brilliant essay on Cyprus – The Divisions of Cyprus – which I posted about here. It's now been brought to my attention that Anderson has, in the same publication, written two similarly interesting and lengthy essays on Turkey and Turkish nationalism.

The first essay is called Kemalism and concerns the end of the Ottoman empire and the rise of the peculiar form of Turkish nationalism created by Mustafa Kemal. Here is an excerpt:

'Kemalism fashioned for instruction the most extravagant mythology of any interwar nationalism. By the mid-1930s, the state was propagating an ideology in which the Turks, of whom Hittites and Phoenicians in the Mediterranean were said to be a branch, had spread civilisation from Central Asia to the world, from China to Brazil; and as the drivers of universal history, spoke a language that was the origin of all other tongues, which were derived from the Sun-Language of the first Turks. Such ethnic megalomania reflected the extent of the underlying insecurity and artificiality of the official enterprise: the less there was to be confident of, the more fanfare had to be made out of it.'

The second essay After Kemal considers how the Kemalist order developed after the dictator's death, leading right up to the present day and Turkey's determination to join the European Union, even though, by any objective standard, that country's way of being and doing are wholly antithetical to what is supposed to be the European project and European values. Here is an excerpt from this second essay:

'The implacable refusal of the Turkish state to acknowledge the extermination of the Armenians on its territory is not anachronistic or irrational, but a contemporary defence of its own legitimacy. For the first great ethnic cleansing, which made Anatolia homogeneously Muslim, if not yet Turkish, was followed by lesser purges of the body politic, in the name of the same integral nationalism, that have continued to this day: pogroms of Greeks, 1955/1964; annexation and expulsion of Cypriots, 1974; killing of Alevis, 1978/1993; repression of Kurds, 1925-2008. A truthful accounting has been made of none of these, and cannot be without painful cost to the inherited identity and continuity of the Turkish Republic.'
Posted by John K. at Tuesday, March 20, 2018