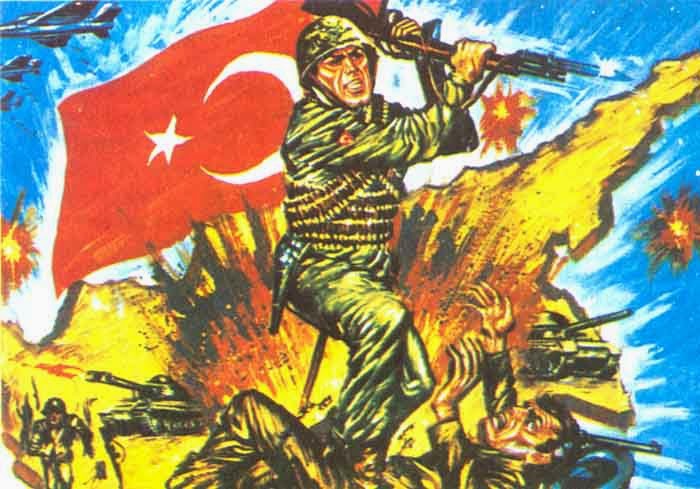 Today marks the 40th anniversary of the second – and more devastating – phase of the Turkish invasion of Cyprus, when the Turks broke out of the Kyrenia bridgehead they had established on 20 July to seize the areas of Morphou, Famagusta, the Mesaoria and Karpasia, clearing out the Greek population and making 200,000 people refugees. Below is Christopher Hitchens’ take on the 14 August assault, as recorded in his Cyprus: Hostage to History.

‘Supposing one takes the most sympathetic view of the original Turkish intervention – that it was a necessary counterstroke to a Greek putsch – and suppose that one regards the Turkish minority as blameless in the disruptions and brutalities of the 1960s. Suppose, further, that one ignores the long and tenacious attachment of the Turkish and Turkish Cypriot leadership to partition irrespective of the majority will. Suppose, still further, that one can forget or discount the outside involvement of the British and the United States in the same cause. Put the case that there might have been – indeed, would have been – murderous attacks on Turkish Cypriots en masse by a consolidated Sampson leadership. Put the case that the Cyprus problem is purely a question of the security of the Turkish Cypriots. Admit that the first Turkish intervention of 20 July 1974 did everybody a favour by demolishing the rule of Fascism in Greece and Cyprus. Agree and allow all this, and the second Turkish invasion becomes more reprehensible rather than less. By the time it took place, on 14 August 1974, the Greek irredentist forces had fallen from power in both Athens and Nicosia. Negotiations were underway, and relations between the two communities on the island were stable if nervous. The pretext for the original invasion had ceased to exist, and if Mr Ecevit had withdrawn his forces he would have been remembered as the man who rid Greece of the junta, saved Cyprus from its designs, and rebuilt the image of Turkey in the West. The moral and (given such an impressive demonstration of Turkish force) the actual pressure for a lasting and generous settlement with the Turkish Cypriots would have been irresistible. Instead Mr Ecevit and his generals embarked on a policy of conquest and annexation.’
Posted by John K. at Monday, August 14, 2017