Cyprus, the EU, Turkey: when kicking the can down the road amounts to appeasement 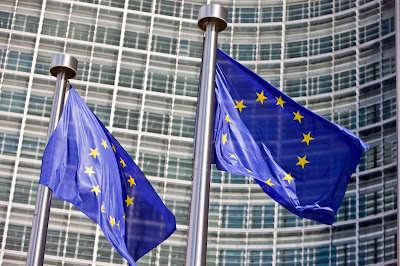 After the failure of the UN-led Cyprus talks in April, any further developments were not expected to take place until the end of June, when the European Council (EUCO) was due to convene to discuss EU-Turkey relations taking into account, supposedly, not only Turkey’s belligerence against Greece in the Aegean but also Turkey’s disengagement from the accepted parameters of a Cyprus solution – a bizonal, bicommunal federation – in favour of a so-called ‘two-state solution’, i.e. a confederation of two sovereign states on the island, and its moves towards the colonisation of Varosha, a large Greek Cypriot town that was ethnically cleansed by Turkey in 1974 and has remained under military occupation since then.

Following the March EUCO and the Geneva talks, the EU said it expected Turkey to de-escalate tensions with Greece and contribute to starting full-blown Cyprus talks. In return, the EUCO said it would consider Turkey’s demands for an upgrade in the EU-Turkey Customs Union and more money to pay for Turkey’s hosting of million of refugees and immigrants, escaping conflicts and economic malaise in Asia, Africa and the Middle East.

While there has been a respite in Turkish provocations against Greece – Greece’s robust reaction to Turkish threats and violations seems to have deterred Turkey, for the moment; there was no change in Turkey’s rhetoric regarding Cyprus. Whether coming from Ankara or the occupation regime on the island, the Turkish side has insisted that a reunified Cyprus is no longer on its agenda, that Turkey has no intention of ending its occupation of Cyprus and that Varosha will be opened and colonised.

So, what was the reaction the EUCO of 25 June to Turkey’s machinations? Would the EU finally exert real pressure on Ankara to end its occupation of 37% of the territory of one of its member-states? Of course not. The meeting’s Turkey conclusions were as follows:

The European Council reiterates the EU’s readiness to engage with Turkey in a phased, proportionate and reversible manner to enhance cooperation in a number of areas of common interest, subject to the established conditionalities set out in March and in previous European Council conclusions.

In line with this framework, it takes note of the start of work at technical level towards a mandate for the modernisation of the EU-Turkey Customs Union and recalls the need to address current difficulties in the implementation of the Customs Union, ensuring its effective application to all Member States. Such a mandate may be adopted by the Council subject to additional guidance by the European Council.

It also takes note of the preparatory work for high level dialogues with Turkey on issues of mutual interest, such as migration, public health, climate, counterterrorism and regional issues.

The European Council calls on the Commission to put forward without delay formal proposals for the continuation of financing for Syrian refugees and host communities in Turkey, Jordan, Lebanon and other parts of the region, in line with the statement of the Members of the European Council of March 2021 and within the context of the EU’s overall migration policy.

The European Council recalls its previous conclusions and remains fully committed to the comprehensive settlement of the Cyprus problem on the basis of a bicommunal, bizonal federation with political equality, in accordance with the relevant UN Security Council Resolutions. It underlines the importance of the status of Varosha and calls for full respect of UN Security Council Resolutions, in particular Resolutions 550, 789 and 1251. It regrets that the informal meeting in Geneva under the auspices of the United Nations did not pave the way for the resumption of formal negotiations. The European Union will continue to play an active role in supporting the process.

Rule of law and fundamental rights in Turkey remain a key concern. The targeting of political parties, human rights defenders and media represents major setbacks for human rights and runs counter to Turkey’s obligations to respect democracy, the rule of law and women’s rights. Dialogue on such issues remains an integral part of the EU-Turkey relationship.

In line with the shared interest of the EU and Turkey in regional peace and stability, the European Council expects Turkey and all actors to contribute positively to the resolution of regional crises.

The European Council will remain seized of the matter.

It’s tempting to say that EUCO kicked the can down the road – asking for the maintenance of de-escalation in the Aegean and for Turkey to revert to supporting the UN parameters for a Cyprus solution. But no serious appraisal of Turkey’s long-term plans could conclude that Turkey has given up or will give up on its Blue Homeland ideology that motivates its policy towards Greece and Cyprus and envisages Turkish domination of the Eastern Mediterranean.

Thus kicking the can down the road is not a holding or neutral policy and certainly does not serve what the EU says is its purpose, offering Turkey the opportunity to comply with international standards and solve its problems (abandon its aggression) towards its neighbours.

The constant breathing space the EU allows Turkey only serves to encourage Turkey on its path, prove to the Turkish leadership that Europe is weak, decadent and unable to assert its interests and values. It’s all very well for the EU to claim it has principles, but if you never do anything to defend these principles then how serious and sincere you are about them? Perhaps the EU’s true principles aren’t those it constantly blathers about but other, more venal ones, it is too embarrassed to articulate.
Posted by John K. at Sunday, June 27, 2021