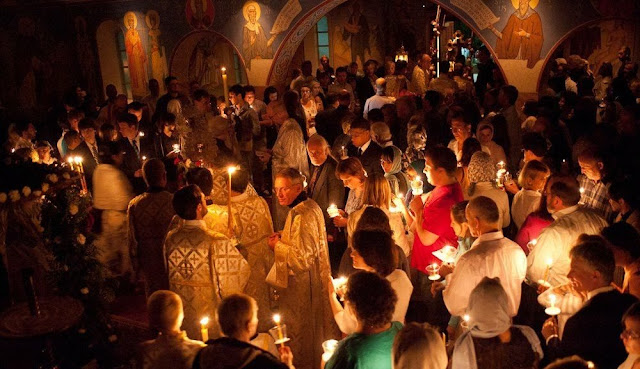 Below is an extract from an essay by Dr Martin Luther King on the traces of the Eleusinian mysteries in Greek Orthodox Easter celebrations.

‘In the first century of the Christian era the Eleusinian mystery cult was more favorable known than any of the cults of Greece. Its fame and popularity was largely due to the connexion of Eleusis with Athens. The origin of this cult is obscure and uncertain. Some writers traced its origin to Egypt while others upheld Eleusis in Greece as the place of its birth.

‘In order to understand the type of religious experience represented by this important cult, we must turn to the myth of the rape of Demeter's daughter by Pluto. It is stated with sufficient elaboration in the Homeric Hymn to Demeter. In this myth, Persephone is depicted playing in the meadows of Mysia in Asia with the daughters of Oceanus and Tithys. While playing she was stolen by Pluto and carried off to the underworld to be his bride. The mother, frenzied with grief, rushed about the earth for nine days in search for her lost daughter, As a result of her wandering, she came to Eleusis where she was seen, although not recognized, by the four daughters of Kekeas sitting near a public well called the Fountain of Maidenhood. After telling a fictitious tale of her escape from pirates, she won the sympathy of the girls who took her home and at her own request was given a job to nurse their infant brother, Demophon. After making herself known, she commanded the people of Eleusis to build her a temple. In connection with the temple, she established certain ceremonies and rites for her worship.

‘During her short stay at the temple of Eleusis, the whole earth grew barren. Men began to die for the lack of food while the sacrifices to the gods decreased in number because the animals were dying out. The other gods pleaded with her to relent but she refused to do so until Persephone was restored to her. Pluto, (also called Hades) therefore, at the request of Zeus released her but not before he had caused her to eat a pomegranate seed which magically required her return after a period of time. Demeter, in her joy at the restoration of her lost daughter, allowed the crops to grow once more and institute in honor of the event the Eleusinian mysteries which gave to mortals the assurance of a happy future life.

‘The significance of this story is immediately clear. It was a nature myth portraying a vivid and realistic picture of the action of life in the vegetable world in regards to the changing seasons. Every year nature passes through a cycle of apparent death and resurrection. In winter, all plants die, this represents the period of Demeter's grief over her daughter. Spring, the time when all plants come back to life, indicates the return of plenty when the goddess maintains all life until autumn when her daughter returns to Hades and the earth becomes once more desolated.

‘The myth is also an example of poignant human experience, reflecting the joys, sorrows, and hopes of mankind in the face of death. The mysteries of human life and death are vividly enacted by Demeter, Persephone, and Hades. Hades, the god of death, stole the beloved daughter, Persephone, from Demeter, the life giver, who refused to admit defeat until she secured her daughter's resurrection. In this legend, human beings, who are always loved and lost, are depicted as never or seldom loosing hope for reunion with their God. These fundamental human experiences and the life of nature are the main substances of the Eleusinian Mysteries. To the searchers of salvation, the Eleusinian cult offered not only the promise of a happy future, but also a definite assurance of it.

‘Now when we observe the modern Greek Easter festival it seems certain that it preserves the spirit if not the form of the old Eleusinian worship. In the spring, those who had shared Demeter's grief for the loss of her daugher welcomed the return of Persephone with all the joy that the returning life of vegetation might kindle. And today similar experiences are represented by Greek Christians. After mourning over the dead Christ, represented most conspicuously by a wax image carried through the streets, there comes an announcement by the priest, on the midnight before Easter Sunday, that Christ is risen. At this moment the light from the candle of the priest is passed on to light the candles of his companions; guns and firecrackers are discharged as they prepare to break the Lenten fast. As in the Eleusinian mysteries the modern Greek Christian finds this a moment of supreme joy. So we might say that Eleusinianism was not blotted out by Christianity. On the contrary many of its forms and some of its old content has been perpetuated in Christianity.’