Eleftherios Venizelos and Greece In Her True Light 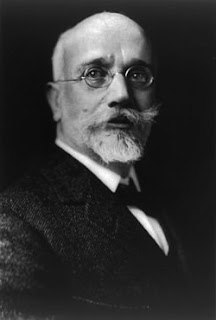 Greece In Her True Light is an interesting document published (in English) in 1916, which consists of several memoranda and speeches by Eleftherios Venizelos putting forward the case for Greece’s entry into WW1 on the side of the Allies. It describes the deals Venizelos was prepared to make to secure the maximum advantage to Greece’s national interests, which in this case meant the expansion of the Greek state into Asia Minor, Eastern Thrace and Cyprus. Venizelos’ policy of supporting Britain and France as a means to secure Greek expansion was opposed by King Constantine and other rightist forces in Greece, led by Dimitrios Gounaris.

Just a few points going through the document, which can be read here.

Initially, at the outbreak of WW1, Venizelos’ concern is to prevent Bulgaria – which had never accepted the treaties that ended the Balkan wars in 1912-13 – from joining the German and Turkish axis and threatening first Serbia and then Greece. In order to secure either Bulgarian neutrality or, better still, Bulgarian support in attacking Turkey, Venizelos was prepared to offer, in exchange for Allied backing for Greek demands in Asia Minor, the handing over to Bulgaria of Kavala and Drama in Eastern Macedonia.

Venizelos makes clear that Greek expansion into Asia Minor is not just a matter of creating a Greater Greece, but also protecting the lives of Ottoman Greeks who are already being targetted in a campaign of extermination, similar to the one already suffered by the Armenians. Venizelos adds that the policy of genocide is one the Turks are being encouraged to adopt by Germany.

Venizelos accuses the obstructionist King Constantine of not only admiring Germany, but of desiring German victory in Europe, which would allow the king to sweep away the parliamentary system in Greece and establish a more monarchical system of government.

Venizelos mentions the British offer to cede Cyprus to Greece. Anti-Venizelists argued that such a concession was trifling and not worth Greece entering the war on the side of the British; but Venizelos insists that the addition of Cyprus to Greece would be a significant advance of Hellenism, especially in conjunction with other acquisitions in Thrace and Asia Minor.

It’s worth pointing out that the publication of the document – in English – was intended to convince Allied audiences that Venizelos, not Constantine, represented the ‘true’ Greece. Constantine’s pro-German neutrality was, of course, an outrage to the Allies and, indeed, in Canada and Australia, there were anti-Greek riots (aimed at Greek immigrants).
Posted by John K. at Thursday, February 22, 2018